An announcer who plays record breaker, artist management recorded music for a radio show; also: or dancing at a nightclub or party

We tend to confine the definition of a DJ to the limitations described above. Anne Carlson is well known for far more than just that. Carlson was christened ‘DJ RootsQueen’ by a band member while touring with One Drop, Rocksteady @8, and Third World. A name well earned, RootsQueen had already become a household DJ, producing and turntabling for years amongst some of the largest divisions in music entertainment, including the Reggae Sound System, Coast2Coast DJs, and Leaders of The New School.

Reggae, Dancehall, Hip Hop, House, Dub Music, Classics—RootsQueen does it all! Planted in the center of Atlanta, DJ RootsQueen has accomplished what many DJs dream of with sheer finesse. She’s covered many top industry events, sponsored by leading industry figures; everything from fashion shows to showcases to salons and boutiques. RootsQueen was the very DJ to usher Young Jeezy’s ‘Gourmet Footwear’ and Drumma Boy’s ‘Fresh Phamily’ fashion line to the limelight.

What is a DJ without an established radio show? RootsQueen was scouted for DJ Clue’s “Desert Storm Radio”. There, “Rude Girl Radio” was birthed, the award-winning, celebrity-studded radio show produced entirely by DJ RootsQueen, herself.

It doesn’t stop there! DJ RootsQueen is a major vessel in the heart of Atlanta’s nightlife. The notorious, record-breaking DJ crew, Coalition DJs, could not help but see RootsQueen’s stardom and inducted her to the group where she and the infamous DJ Funky presented Coalition Radio. Previously, a resident DJ of Club Silhouette and RootsQueen is known for dropping some of the hottest, newest, most dope tracks and artists the city’s ever heard, from the likes of Rich Homie Quan, K Camp, 2Chainz, E-40, YFN Lucci, and so many more! Finally, after attracting the eye of ZaytovenBeatz executives, DJ RootsQueen signed with the entity bringing “Rude Girl Radio” along to their Digital Dope Radio Station.

Requested around the world, she wins the heart of music lovers, one beat at a time. Record breaker, award winner, artist management, Zaytoven’s official tour DJ, piloting “RedBull Producer Round Table”, resident DJ of the world-famous, Onyx Atlanta Gentlemen’s Club, a number of magazine write-ups, and the list goes on and on—what is there she can’t do? DJ RootsQueen: can’t stop…won’t stop.

DJ RootsQueen has earned the status of being a well-known DJ in the entertainment industry many moons before today. She renovates thresholds while abolishing barricades for female DJs in an industry designed for masculine ascendancy, effortlessly, so it appears. DJ RootsQueen’s talents are highly respected amongst showbiz professionals throughout the industry and her admiration continues to mount. Why, just take a look at a portion of DJ RootsQueen’s proficiencies. 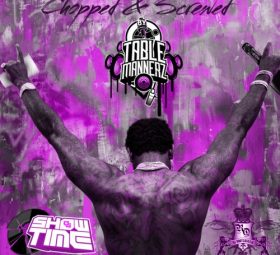